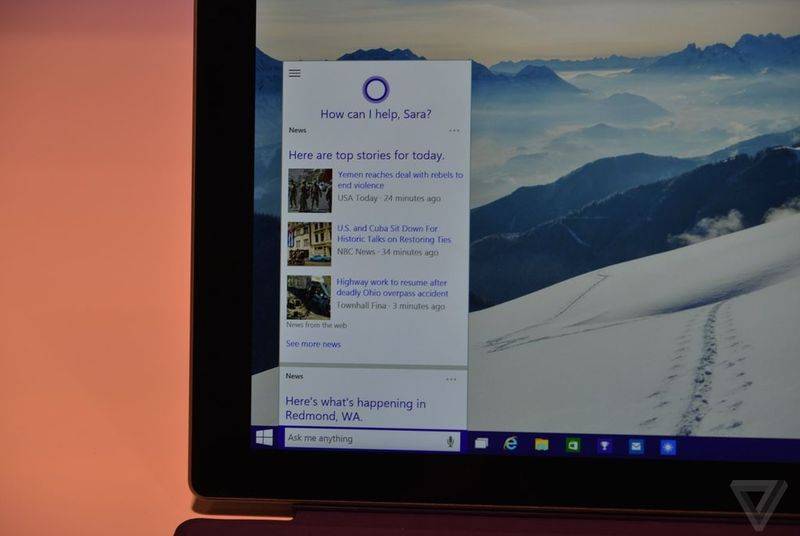 Microsoft will allow Windows pirates to upgrade to Windows 10, but it’s likely still hoping to get them to pay. Microsoft tells The Verge that people with pirated copies of Windows will still be considered to have unofficial copies after the update. If they want to go official, they can — they’ll just have to get it through the Windows Store. “We will provide a mechanism for non-genuine Windows 10 PC devices to ‘get genuine’ via the new Windows Store, whether they are upgraded versions of Windows or purchased,” a Microsoft spokesperson says. Microsoft notes that its upgrade practice will be consistent globally.

There’s been confusion around the offer to pirates since Microsoft first discussed it yesterday. It was originally reported that pirates will be able to upgrade for free, but Microsoft has declined to explicitly confirm this. It certainly sounds like pirates will be able to upgrade to Windows 10 at no cost — the alternative, that they could pay to upgrade to a copy of Windows that still isn’t considered genuine, would be strange — but it’s quite possible that Microsoft will include some restrictions on unofficial copies that have yet to be mentioned. It could be a limited offer, include a trial period, or have some other promotion around acquiring a genuine license.

Presently, people running pirated copies of Windows are not presented with major restrictions. They still receive critical security updates and are only blocked from receiving what Microsoft calls “optional updates or benefits” — it lists its free security suite as an example. Pirated copies of Windows may also have their desktop turn black once an hour as a prompt is displayed informing the user that they aren’t running a genuine copy. Presumably, similar limitations will continue for pirated copies of Windows 10 in order to drive upgrades, but we’ll have to wait longer to find out whether other factors will be in play.

Source: Microsoft will let pirates update to Windows 10, but it likely still wants them to pay | The Verge.