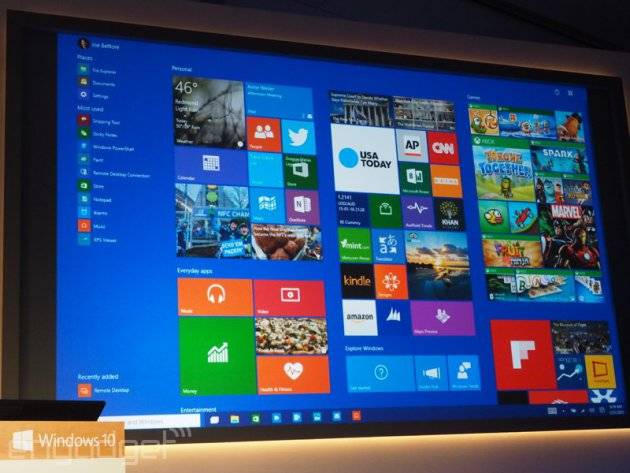 Microsoft’s big promise with Windows 10 is its ability to run apps across the entire platform. The framework for these universal apps hasn’t been described in much detail, but a post on the Windows Blog gives a bit more insight under the hood. Redmond’s calling these “mobile experiences,” meaning apps you can use across many different devices; the software is mobile, not the gizmo you’re using it on. Cortana moving from smart phone to desktop and the Xbox One’s Game DVR tool being available on your gaming PC are but a few examples. The idea is to offer a set of standards across the Windows 10 platform so everything remains familiar regardless of what piece of hardware you’re accessing the application from. That means everything should have, in Microsoft’s words, an adaptive user experience with natural inputs; calls for cloud-based services including Cortana integration and the action center and one design language across the board.

Let’s break that down a bit, shall we? “Adaptive user experience” means that the app will, well, adapt to the size or resolution screen you’re using without skipping a beat in terms of inputs, menus and interface. This is where it gets interesting:

“Because Windows handles all of these inputs, we free you from needing to worry about how to parse the input for meaning – you only need to worry about which inputs are appropriate for your app and we’ll determine if they are present and parse the intent for you.”

Microsoft wants applications to take advantage of inputs that makes sense based on the device you’re using them on. So, touch input for OneNote on phones, a pen input with Surface Hub or a tablet, voice and eye tracking for desktop software. Another example Redmond gives is if you tap an icon with your finger, it’ll automatically get bigger than if a mouse-click is detected. This design philosophy will apparently travel across every Win10 device — including HoloLens and internet-of-things gadgets like the Raspberry Pi 2.

Developers will have access to the tools that Microsoft’s internal teams do, too, with the blog post specifically name dropping animations, APIs and controls. What does that mean for you, dear reader? Well, hopefully that apps keep up a consistent look and feel with Redmond’s internal projects like the Spartan browser, such as. Windows 10 is still on track for release sometime later this year, and the post promises even more detail come the software giant’s Build event in April.

Source: Engadget – This is how Microsoft will unite your Windows 10 devices.