I have found myself using Microsoft’s new code editor Visual Studio Code more and more these days. It’s a simple and quick alternative to the does everything Visual Studio 2015. Its layout, file handling and keystrokes keep drawing me back to it from VS2015 and even from Notepad++. This is my editor of choice now. Below is an article from InfoWorld on it, with links to Visual Studio Code.

Visual Studio Code, Microsoft’s open source, cross-platform development environment powered by Node.js and the Blink layout engine has been upgraded to a full 1.0 release after approximately a year of open beta testing.

According to a blog post on the Visual Studio site, Code became a 1.0-grade product because its API has been stabilized. Code was originally created for JavaScript and TypeScript development, but it now supports common languages like C++, Python, Go, and React Native.

The runup to 1.0 has been about enhancing Code’s performance and making it into “a great editor for every developer,” including those using non-Western languages — nine languages total are currently supported — and those with visual impairments.

Much of the other work has been dedicated to producing a stable API for the application, so third-party language support going forward will be easier to maintain. Around 1,000 extensions are available for Code, providing themes, support for different languages, and enhancements for libraries in those languages. 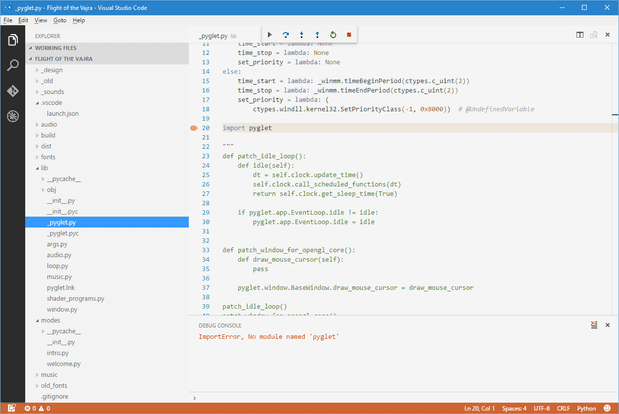 The add-ons available for Visual Studio Code 1.0 include support for a plethora of languages, including Go, Python, and many flavors of JavaScript.

A large part of Visual Studio Code’s appeal is that it presents a lightweight, unobtrusive environment, where a developer installs only the items needed for a given job. It’s in sharp contrast to the product’s namesake, Visual Studio, which comes with most everything a developer might need, but is sprawling, complex, and not open source.

The contrasts between the two products are playing out like long-term experiments to see which approach will hold up best over time. Visual Studio is emblematic of Microsoft’s old school and is designed to serve Microsoft users first — though Microsoft has been working to heighten its appeal to newer generations of developers by slimming it down and even offering a functional for-free version. Visual Studio Code is powered as much by open source contributors as it is Microsoft, and it was built for the cross-platform, cross-environment development that Microsoft has admitted it must be part of.