I certainly don’t play as many games as I used to. I’ve played everything from Pong and Breakout (Atari 2600), Manic Miner (Spectrum & Commodore 64) up to Bioshock and Uncharted (Drakes Fortune, Among Thieves, Drakes Deception). The last console game I really enjoyed was The Last of Us. My taste in games is more in the adventure and story based line. Sure the likes of Destiny have a story but I’ll leave Joshua to play that. He’s currently on Level 21 by the way.

Microsoft have been bring out some good classic games (although with a little advertising in them). Such as Solitaire, Mahjong, Pinball Fx2 and even Jigsaw. Some of these games are multi-device and sync the players progress in the cloud. The player can stop playing on their mobile and carry on on from their laptop and vice-versa. Which is pretty cool.

When it comes to the free games you can download, you can end up being a little disappointed when they come to a halt and then say you have to pay to get the rest of the game. Well no such thing as a free lunch. But there are some exceptions. Although I have to say I took advantage of a limited offer in the Windows Store for a free copy of Max the Curse of Brotherhood and grabbed it so I could play it later.

It’s a 2.5D side scrolling platformer with a few inventive twists thrown in. Keyboard and mouse are used, with the mouse used for more than point and click. This is were you probably have an advantage over the Xbox player. When you run out of platform to jump on and off from, use Max’s magic marker to draw branches and pull up pillars of rock with the mouse to carry on. As it progresses you have to get inventive and put these and other skills to work together, if you want to go further. A good thinking platform game. It looks and sound extremely nice too.

Good for flexing my problem solving muscle(s) in a fun way. If they haven’t been flexed enough while working during the day sheesh! If the weekends are running a little slow then I jump on my laptop and play Max.

Max the Curse of Brotherhood is available on Xbox One, Xbox 360 and for the Windows PC on Steam.

If you get stuck, or you just fancy seeing what it looks like, you could try the walk through video below which has helped me a couple of times. Normally I watch how the expert gets past the spot I’m on, slap the forehead and say duh! and carry on playing with a smile.

Imagine you had a really good idea that could change the planet but nobody seems to be listening. How frustrating would that be?

Well instead of just getting mad you could do something that will grab peoples attention. Like create a video that gets to the point and is humorous at the same time.

To be honest I don’t know if these guys are being ignored and getting frustrated, that’s just the impression I get when watching the following video. But you never know solar energy may help save the world.

These portraits are by Russian artist Olga Larionova. They are even move amazing when you know they are not photographs but done entirely in pencil. Wonderful attention to detail and mind boggling at the same time.

END_OF_DOCUMENT_TOKEN_TO_BE_REPLACED

If you are interested in pushing your on-line profile to new heights. I cannot recommend BrandYourself highly enough. It helps you get your other social networks together and make them present you to the world as one. Or in other words get the information about yourself on the various social networks you may be on consistant and help show how to do it better.

A very useful tool that even checks how well you present yourself and also helps to get you up the search rankings. Give it a try.

Joshua has many interesting tastes in art which has done him well for his art and design studies at college. He’s going back to college next week but at a higher level then he expected. His results were very good. Well done Joshua. Before he goes back he has a project to do which involves graffiti and the use of words. So he got me to take him to a particular spot were there are some very good examples. Here are a few of the photos he took. Some of these show real talent and are even done by people Joshua knows.

These are no small canvas’s. The pictures show designs at least 12 foot long. Next to them is one of the busiest roads in Halifax, so they get noticed by a lot of people travelling in and out of Halifax. The amount of work on these can be seen by the number of empty spray paint cans on the ground around them. You have to be careful what you’re standing on.

END_OF_DOCUMENT_TOKEN_TO_BE_REPLACED

I would like to congratulate Promethean Planet for achieving over 2 million users.

Promethean is a great company to work for and I learned a lot about software and business processes whilst there.

I enjoyed my fling with WordPress.com but that affair came to a quick end. Don’t get me wrong it really has it advantages. Being completely free, it proved itself to be a great introduction to WordPress by the people who know the most about it.

Setting up my site was fun but I came to wondering a couple of things. Firstly how do I get the domain I currently own to work with it and, secondly how do I use all those plugins people talk about that can make your WordPress site into something special with little effort?

As it turns out the answer to the first question is a simple “that will be £9 please”. In an effort to make a little money out of people using WordPress.com for free, is to charge for the little things of course. They actually stop you from redirecting to your site with domain forwarding unless you pony up for the extra domain mapping option. All the extra options are available in the shop section that sits in the dashboard of site created in WordPress.com. I was tempted but the second question I had, was the one point that made me look elsewhere.

END_OF_DOCUMENT_TOKEN_TO_BE_REPLACED 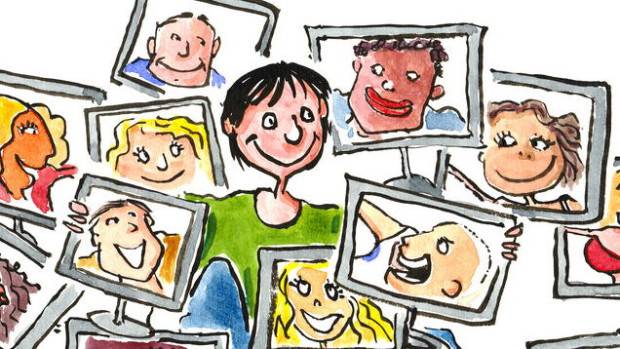 Everybody has a hard time thinking of what to put for their first blog entry. For those of us with a Facebook account, you may have a hard time remembering what your first post was. What has Facebook got to do with blogging? Because Facebook is Facebook right? Well it seems to have grown that way and in comparison to other blog sites, Facebook is head and shoulders above them and another type of platform again with application servers (games, etc.) and a whole lot more besides.