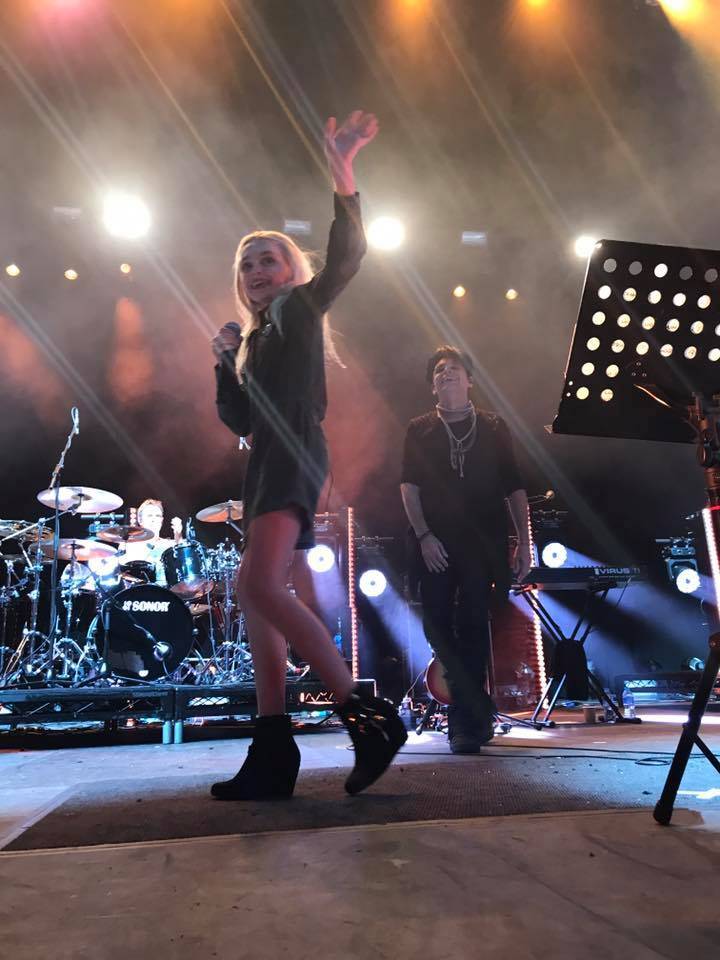 The Gary Numan show at the Liverpool Exhibition Center was everything I was hoping for and very enjoyable. Standing behind the lighting and effects people didn’t detract from the show even

with the camera people stood up in front of us filming everything. The highlight being “My Name is Ruin” with his daughter Persia singing for the first time in front of thousands of people. The moment that sticks in my mind is when Gary, looking out for his fans, said to those seated at the front but way off to the left and right that if they can’t see move to the center, where there was a huge gap between the seats. Adding “because that’s shit”. It looked like a proper concert then. Light and effects were fantastic. The large light strobe sticks spread around the stage were very effective and impressive. But the music itself was of the course the highlight, good and loud.

Here is the official video for “My Name is Ruin” followed by how it looked that night. Enjoy.

« Gary Numan With Gang of Four – Liverpool 27th July – Update
Could the Death of Groove Music Pass be the Death of Microsoft? »