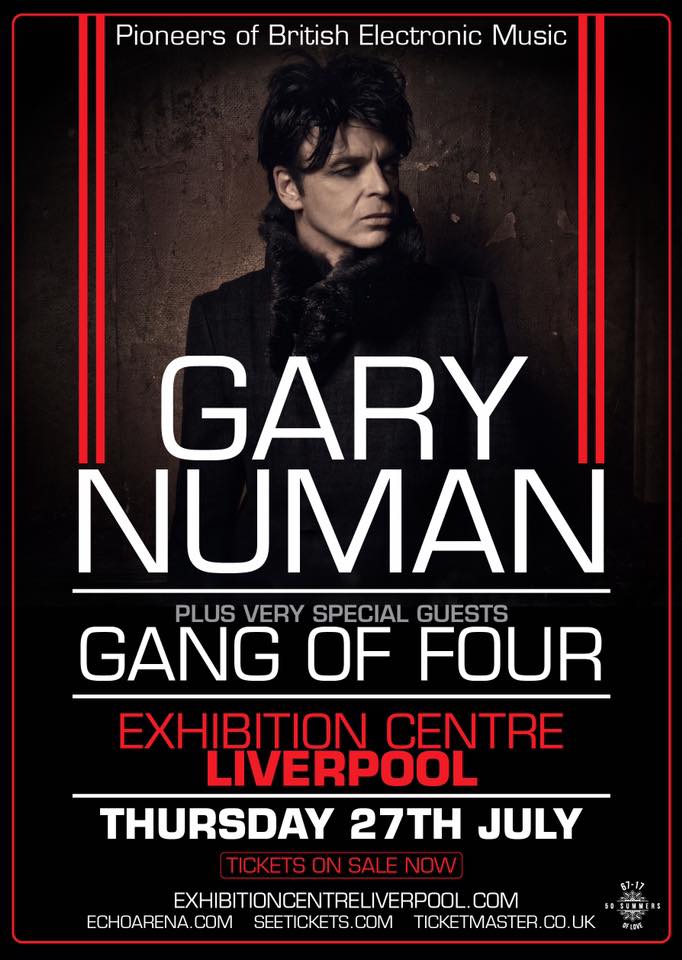 As I listen to Gary Numan (nearly) all the time, his recent stuff as well as his old, I thought it was about time I went to see him in concert. What makes this concert extra special is the inclusion of John Foxx (with The Maths) playing as well. Not to be missed at all. Got my ticket as soon as the fans were allowed to by them, which was a couple of days before general sale. Had to make sure I got mine.

The new Gary Numan album, entitled Savage, is due for release in August through the BMG label. Gary is once again working with Ade Fenton as producer. For those of you interested in after the progress of the album more intimately you can subscribe to Gary’s Pledge Music campaign which gives you unique, inside access to progress at every level, via text updates, audio updates and video updates and the chance to hear new music from early piano demo’s, through early production and guide vocals to the fully produced but pre mixed versions prior to the mastered versions that will be on the finished album.

Song titles confirmed so far are: ‘Bed Of Thorns’, ‘I Heard A Voice’, ‘Mercy’, ‘If I Said’ and ‘My name Is Ruin’ but there is still a great deal of work to do.

The main album recording is due to be completed in April, with the extra tracks required for giveaways and potential single B-Sides are due to be finished in May, with mixing and mastering also taking place in May.

The sleeve design and photography will, again, be taking place in May at some point.

This is an interesting time for Gary Numan fans as he been more open about his life and his music in the past few years which in my opinion has brought him closer to his fans and it certainly didn’t hurt that his last album “Splinter” has a been a great success and one of his best.

Due to family illness John Foxx will not be able to play at this event. A great shame. I hope they get better soon.

It seems that a new support band will playing in the place of John Foxx. They are The Gang of Four.