A new study, the Developer Insights Report, reveals some fascinating characteristics about today’s developers: Apparently, they tend to be fluent in a variety of languages, excited about the rush of innovation sweeping the tech scene and, at the same time, overwhelmed by it all.

The inaugural report, produced by the Application Developers Alliance and IDC, surveyed more than 850 developers about topics including the use of coding languages, types of projects tackled, attitudes about work and ambitions for the future.

Another key finding: The representation of female developers also seems to be on the rise, suggesting that recent attention on women in technology is manifesting in some real-world results. Here’s more on what the report uncovered.

The study found that developers are a rather multilingual bunch these days: As many as 88% know more than one language, with the largest group (70%) using between two and four in the last year. Some 18% used more than five over that period.

The number of women in the industry is also growing: While they only make up 25% of developers overall, the figure jumps to 42% when looking at those in their first year on the job.

Eighty-seven percent of the participants come from the mobile development sector, with Java the most highly cited programming skill (68% are at a moderate or advanced level). Most devs—at 71%—work on both business and consumer apps.

The report also explores some of the downsides of software and web development.

When looking at the question of why projects fail, the top three reasons were changing or poorly documented requirements (48%), under-funding or under-resourcing (40%) and poor team or organizational management (37%). 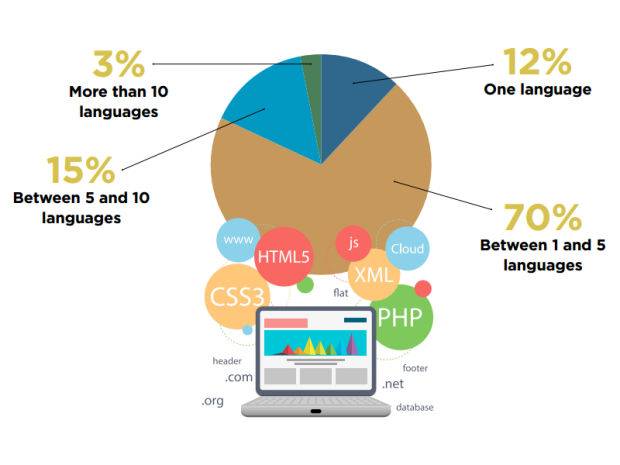 Then there are the challenges of the future: The participants reported that their biggest concern is staying current with modern technology and tools. (The major of programmers turn to search engines and online forums for help with a problem.) Maintaining the ability to produce quality code and keeping a work/life balance came in at second and third place, respectively.

This suggests that the people responsible for the exciting new technologies and features place much more importance on work than their own personal lives—which also should make employers more deeply consider the consequences of escalating burnout among their ranks.

What Gets Developers Excited 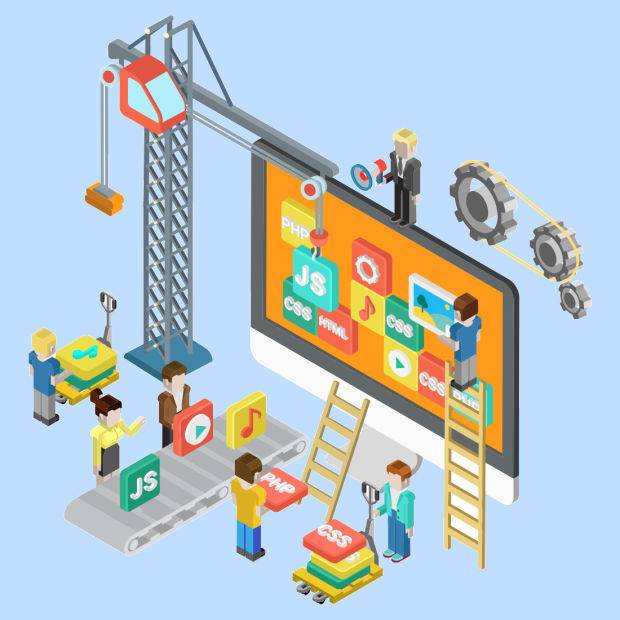 Let’s end on a high note: What gets devs excited about the future. Forty-four percent said wearables was the growing technology that excited them most—Apple Watch and all—while 39% named robotics and 35% pegged the consumer Internet of Things movement.

At the bottom of the list was drones, with 19%. (Apparently, they’re not as exciting for devs as they are for gadget lovers.)

The whole 39-page report is worth picking through, as it covers open-source software, developer experience, the use of particular tools and reliance on cloud computing.

“The Alliance Global Developer Insights survey shows an increasingly diverse developer universe that is dealing with the increasingly stressful and complex demands of modern business,” the report concludes. “The survey provides a broad view of the nature of modern application development, highlighting the increased focus on front-end development, the rise of the consumer app developer and continued adoption of agile methodologies as organizations focus on smaller software development teams.”

Lead photo by Phil Whitehouse; all other images courtesy of the Application Developers Alliance