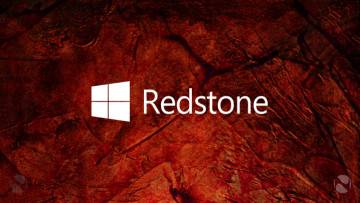 Microsoft loves to use codenames and from the past few years, there are two in particular that you may recall; Blue and Threshold. With Windows 10 (Threshold) coming to market sometime this summer, Microsoft is already starting to work on the next update for the OS.

Microsoft has said multiple times that Windows will be moving at a faster cadence than in the past and they are already working on a release for 2016. The codename for the project is ‘Redstone’, a popular item in the recently acquired game, Minecraft.

At this time, not much is known about Microsoft’s plans for Windows vNext, but the company has now entered the planning stages of the update, as confirmed by two internal sources. This shouldn’t come as a big surprise as the company is perpetually planning for the next iteration of its software, regardless of the platform.

We will be curious to see if any more code names pop up using the Minecraft terminology. We have already seen several names from the Halo series spring to life, like the Spartan web browser and of course, Cortana too.

It would seem logical that this will not be a large update for the OS. Seeing that Windows 10 is an overhaul of the entire platform, Redstone will likely be relatively minor in comparison. Until Microsoft clarifies what the post-Windows 10 world looks like for the platform, there are many questions left to be answered.

It is worth pointing out too that Windows Server is expected to be released in 2016, so Redstone could possibly be related to this project as well. It’s early days for the this project but as we learn more and solidify what Redstone will become, we will keep you updated.

For now, know that Redstone is the next codename for Windows update and if you happen to see it pop up anywhere at Microsoft, make sure to let us know.

Source: Redstone: The codename for the next Windows update coming in 2016.