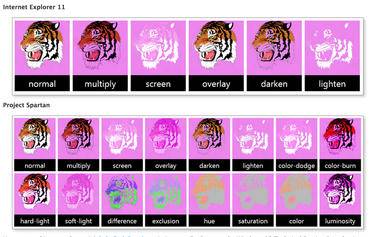 Four of the top five browsers — Google’s Chrome, Mozilla’s Firefox, Apple’s Safari and Opera Software’s Opera — are based on open-source projects to which anybody can contribute. That’s been handy when one party wants to add support for a new feature, though writing the necessary code is only a first step in convincing the browser leaders to actually ship with it. But Microsoft’s Internet Explorer and its cousin code-named Project Spartan that will ship with Windows 10 are closely guarded proprietary software projects.

A partnership with Adobe opens it up a bit — and paves the way for similar changes from others, according to a blog post Monday from Bogdan Brinza, Microsoft’s Project Spartan program manager.

“We’ve been making changes internally to allow other major Web entities to contribute to the growth of our platform, as well as to allow our team to give back to the Web,” Brinza said. “Adobe improved the Web platform in other browsers, but couldn’t bring the same improvements to Microsoft’s platform. This changed a few months ago when Microsoft made it possible for the Adobe Web Platform Team to contribute to Project Spartan.”

The partnership likely will mean a better Web for everyone, for two reasons. First, millions of Microsoft browser users will get access to new features, notably Adobe’s work to bring magazine-like publishing polish to websites. Second, developers will be able to embrace those features sooner, since they’ll be more widely supported in browsers.

And that should make the Web a better competitor to native software written to run solely on a particular operating system like Windows, iOS or Android.

Adobe’s specific changes to Microsoft’s browser technology so far involves formatting and graphics technology called CSS (Cascading Style Sheets). To start with, Project Spartan will be able to combine and overlap graphics in a variety of more sophisticated ways, but Microsoft said more changes will come.

Project Spartan is the future of Microsoft’s browser technology. It’s made major improvements with IE9, IE10, and the current IE11, but with Project Spartan, Microsoft stripped out a lot of technology dating to earlier days of the Web. The resulting browser foundation gives Microsoft “a clean slate” to make it easier to support new Web standards. IE will continue to ship for those who need its old-style modes, but it’ll be Spartan that carries Microsoft’s ambitions in today’s fiercely competitive browser market.

One more implication of the Microsoft-Adobe deal: Adobe should have a slightly easier time moving beyond its Flash programming technology that for years brought fancy features like animations and streaming video to browsers. The Flash Player browser plug-in doesn’t exist for iOS and Android, and it poses security and reliability problems for browsers, and Adobe has been moving to embrace Web standards instead. Being able to reach Microsoft’s browser better helps the company in its effort to remain relevant in a world without Flash.

« Windows Hello: Microsoft is Making the Password Obsolete in Windows 10
Windows 10 So Far and Has the Death of Internet Explorer Been Exaggerated? »